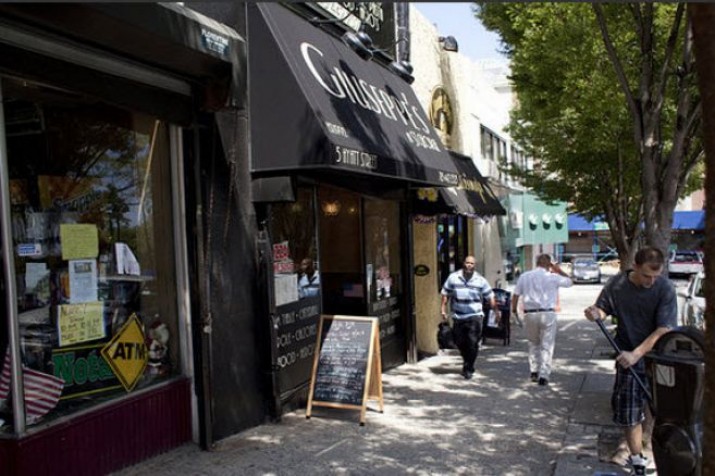 New history being made every day

A little about Staten Island

With coastline attractions, picturesque parks and kid-friendly activities, Staten Island remains an unspoiled paradise right here in New York City. A classic visit to the southernmost borough usually involves a ride on the Staten Island Ferry, followed by a quick stroll through the St. George Ferry Terminal and a returning boat ride to Manhattan. But there are plenty of reasons to stay in Staten Island for the entire day. Not only is it the greenest borough, boasting around 9,300 acres of parkland, but it's also one of the most historically rich, with ties to Italian explorer Giovanni da Verrazzano, the Revolutionary War and the abolitionist movement.

The history of Staten Island

It is said that the Indian name for Staten Island is Monacnong, or Enchanted Woods. Staten Island has, indeed, been enchanted for those who have had the privilege of living there. Somewhere between the city and the country you get the balance that is Staten Island. he towns of Staten Island were dissolved in 1898 with the consolidation of the City of Greater New York, as Richmond County became one of the five boroughs of the expanded city. The construction of the Verrazano-Narrows Bridge, along with the other three major Staten Island bridges, created a new way for commuters and tourists to travel from New Jersey to Brooklyn, Manhattan, and areas farther east on Long Island. The network of highways running between the bridges has effectively carved up many of Staten Island's old neighborhoods.

Where is Staten Island